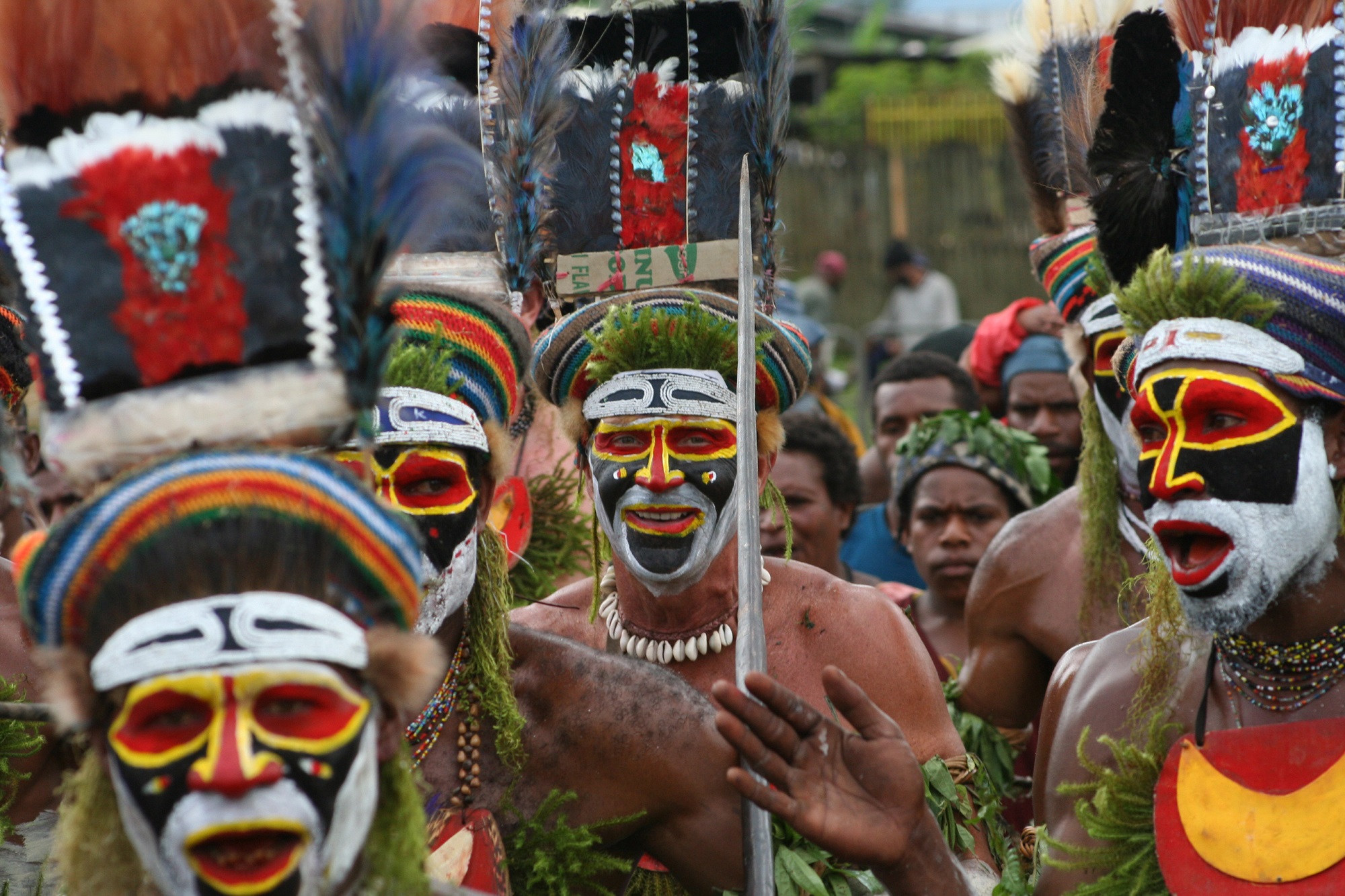 Papua New Guinea (PNG) was one of the last inhabited places on Earth to be explored by other nations and it's still the land of the unexpected. Travelers to this wild and beautiful island nation are in store for plenty of surprises: a country of extraordinary natural beauty, wildlife and astonishing cultural diversity. With an incredible 750 separate languages still spoken, the country has tribal cultures as diverse as its flora and fauna. Scuba diving, trekking, beaches, river cruises and rafting, jungles, animal and bird watching, saltwater fishing, tribal cultures, cave exploration and orchids are the main attractions of PNG.

PNG is recommended only for flexible, seasoned travelers interested in excellent scuba diving or primitive cultures. We do not recommend the country to inexperienced travelers, those who require world-class hotels or anyone whose trip would be ruined by mosquitoes, heat, humidity, delays or schedule changes. Organized tours are highly recommended for all but the most adventurous visitors who have plenty of time.

Port Moresby, the capital of PNG is the main arrival point for visitors. It's where the national museum, prime minister's residence, Parliament House and several embassies are located.

The Highlands is the most densely populated and agriculturally productive region of PNG, has the most extensive road system in the country, the major towns of Mt Hagen, Mendi, Tari and Goroka and a culture that is equal parts traditional and modern. The Highlands were thought to be uninhabited until gold miners ventured up from the coast in the 1930s and discovered 100,000 people living Stone Age-style and unaware of the outside world. The countryside is dramatic with wide, fertile valleys, numerous rivers and craggy mountains.

Tari in the Southern Highlands is home to the Huli Wigmen. The men of this warrior tribe wear bright yellow and red ocher face paint and elaborate wigs made from human hair that are decorated with bird of paradise and cassowary feathers. The Huli and Dana wigmen have great reverence for the Bird of Paradise, imitating them in ceremonial dances and using their magnificent feathers for adornment. Clans in the Southern Highlands have a strong and intricate social system little affected by change. It is one of the few places where the traditional way of life can be seen in everyday living. Ceremonial rituals are strongly observed. Men and women can still be seen wearing traditional dress, tending their gardens and pigs and building their bush material huts.

Mt Hagen is the capital of the Western Highlands, a region of alpine grasslands and lowland forest and shrouded misty peaks. Mt Hagen has the reputation as the “wild frontier” of the Highlands, a center where the old and the new come together with not always harmonious results. Singsings are held regularly throughout the province. These are gatherings of clans in traditional costume where ritualistic dancing and singing is performed for ceremonial reasons. The Mt Hagen Show or Sing Sing, held annually in August is the most popular time to visit. Hundreds of different Highland tribes come together to compete with each other in spectacular displays of distinctive tribal head dresses of feathers and flowers and body paint and for dancing and singing performances. It is a wonderful opportunity to see a glimpse of the richness of traditional Highlands social structure.

Often compared to the Amazon River, the Sepik River is one of the world’s largest waterways. The river's amazing extent, along with the beautiful stilt houses along its shores, long canoes with their crocodile-head prows, fauna, flower-clogged lakes, misty dawns and striking sunsets, make for an unforgettable experience. The Middle and Lower Sepik villages are inaccessible by land and can be explored by small air-conditioned cruise vessels. The Sepik people are renowned for their wood carvings.

PNG offers some of the world’s most exciting dive sites. Lying in the middle of the coastal stretch of PNG is the town of Madang, often described as 'the prettiest in the Pacific'. Perched on a peninsula jutting into the sea, Madang is smattered with parks, ponds and waterways. Madang is the perfect base to explore the coral reefs of the Bismarck Sea which are home to many rare species of colorful fish and eels. Especially fascinating are the underwater wrecks of 34 Japanese fighter planes, with weapons and cargo intact. The Island of New Britain offers spectacular and unique diving of the wrecks of WWII ships, submarines and aircrafts.

View our escorted tour itinerary suggestions, but there's more, contact us, or if you'd prefer, arrange a virtual appointment with one of our team.

Wonders of Papua New Guinea from $5,999 per person (Land Only) 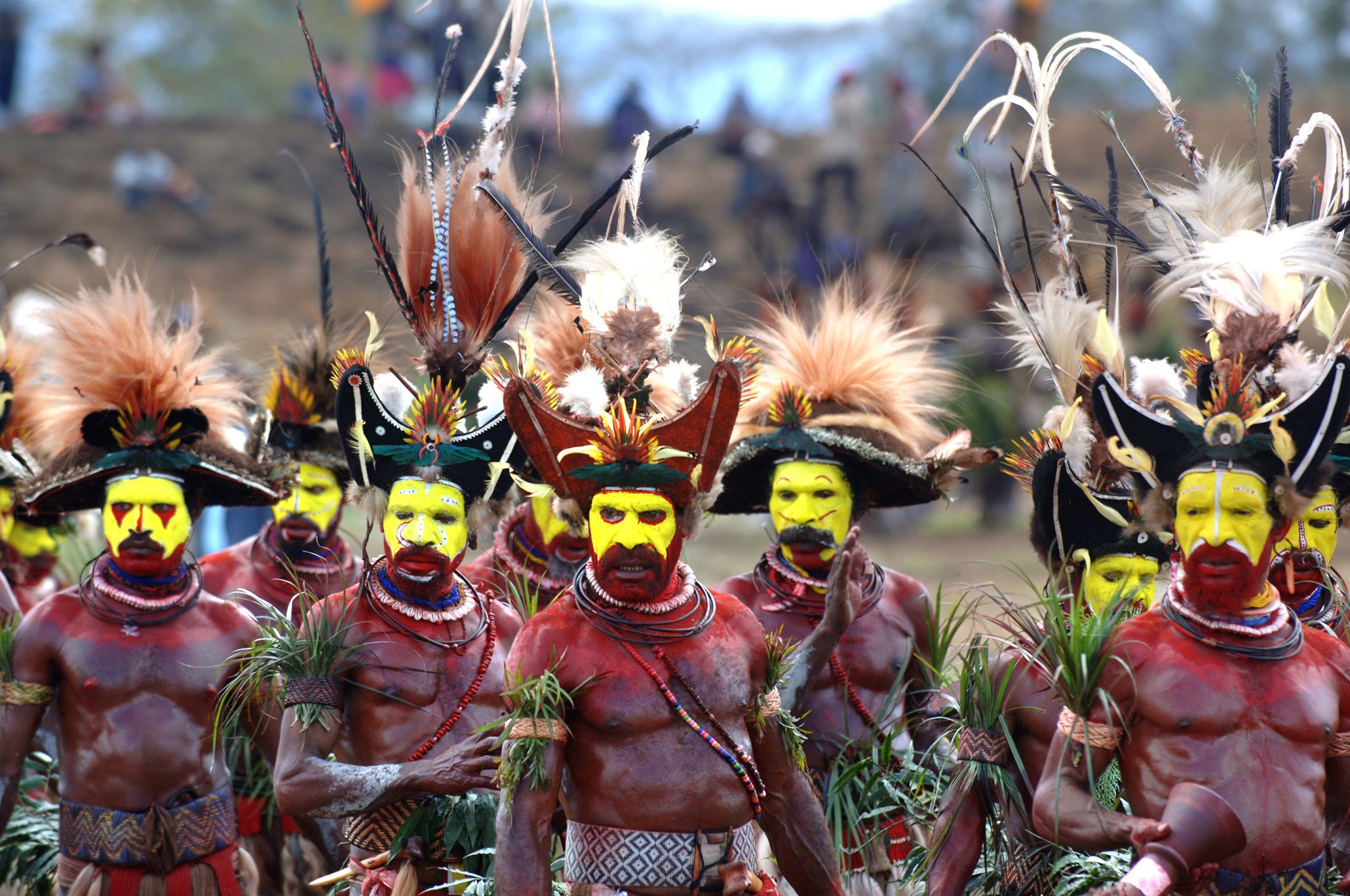 The Panorama Show is a fully escorted 13 day/12 night program that provides a stunning view of Papua New Guinea. The journey begins with the spectacular Mt Hagen Cultural show, providing an incredible vista of cultures from all over Papua New Guinea. In a land of nearly 800 languages, there is no better place to see so many gathered in one place.

To discuss travel to Papua New Guinea   Contact Us

2022 © All Rights Reserved. Aspire Down Under